We have been travelling for Christmas this year. Our entire family flew to the mid-west on December 11th to spend time with both of our families----the Sturgills and Beards. I have so many pictures that it would overwhelm my blog.

However, I do have one special surprise. I was looking forward to having a white Christmas. When we got to Wisconsin, it was unseasonably warm (warm in WI is when it is more than 30 degrees). While I was happy to not have to endure the cold, I was disappointed that we had absolutely no snow. Brooke has never played in snow, so I wanted her to get her first experience.

We went down to Rockford, IL for a family gathering, and when we woke up one morning, it had snowed overnight. We were surprised, and I was ecstatic. The snow did not last the whole day, but it gave us a morning of fun! 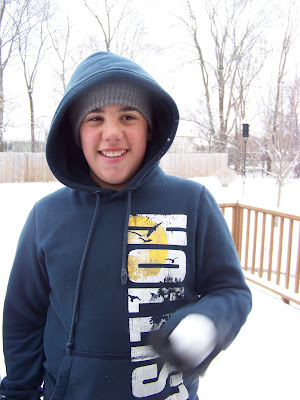 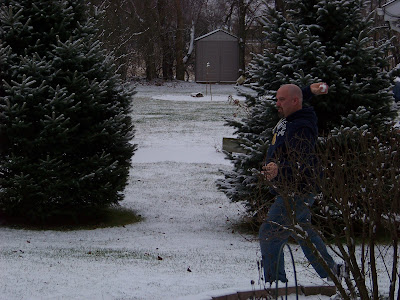 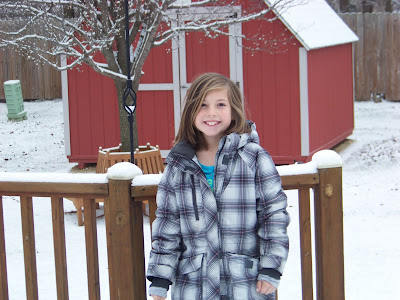 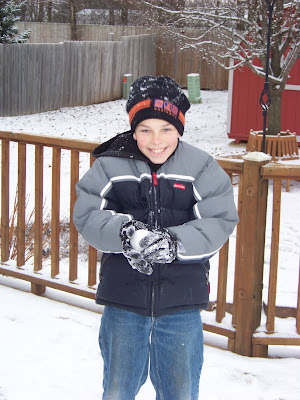 We then headed to southern Indiana, and again, there was no snow. The picture of Andrew below illustrates the unusual weather. But, again, one morning, we woke up to snow falling. It was nice to see it actually coming down. Again, it only lasted one day, but gave us plenty of time to enjoy. My mom had people praying that her California grandchildren would get snow for Christmas. Several of them told me that the weathermen were not expecting this snow. Truly, a miracle from God for this California crew! 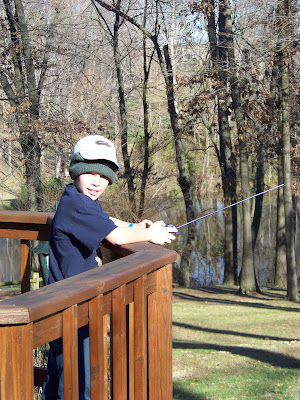 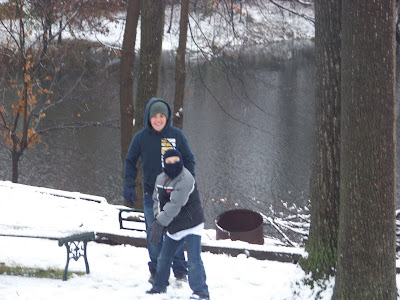 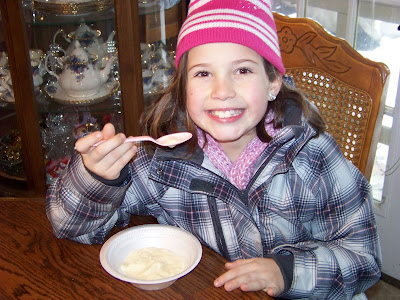