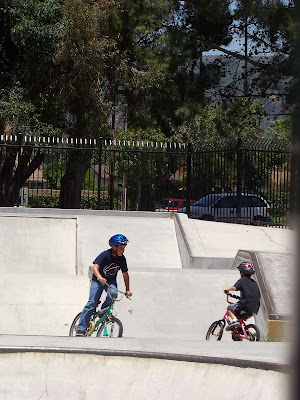 As I have stated before (and many others agree): I love summer! I live in Southern CA, where it is nice weather year round, but for some reason, it is still just more fun to play in the summer.

Yesterday, Wesley was going to go play a round of golf with Gary, so I wanted to play with the three kids in the morning. I "happened" to discover a skatepark in a nearby city, that I knew the boys would love. Of course, I had no idea what was involved in a skatepark, but I was not to be discouraged from doing some adventure seeking. We learned that the park was open to bikes only at certain times, which Wes and Drew much preferred. I paid for a one-day pass to see if they enjoyed it or not. The question at the end of the day was: "Can we get an annual pass and when can we come back?" I think they enjoyed it!

I love when I "happen" upon some good new adventures! Thankfully, it is located in a community recreation area with a nice park. Brooke enjoyed herself too---just without the need for a helmet :) 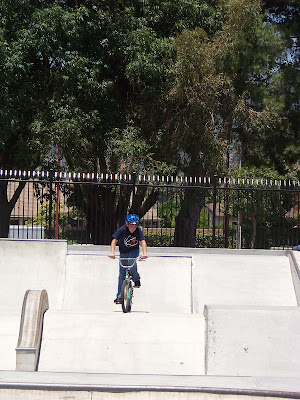 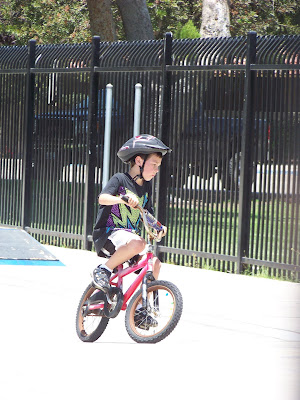 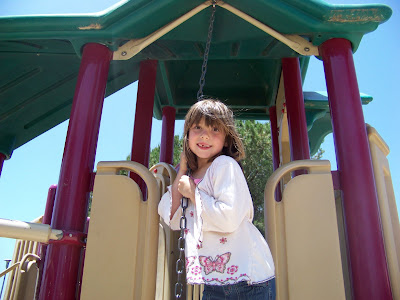 Last week, we went to a park that has a zip line. Wesley and Andrew have been on "real zip lines," so I warned them that this was a small one. I think I downplayed it enough that when they get there, it was more than they were expecting :) It was a cloudy day, but still fun to play. 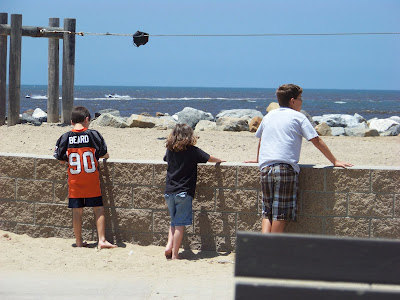 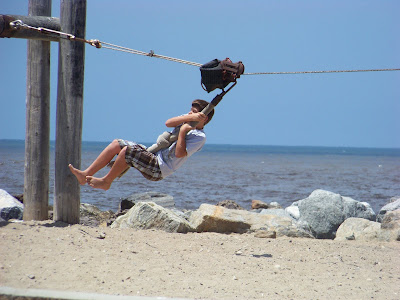 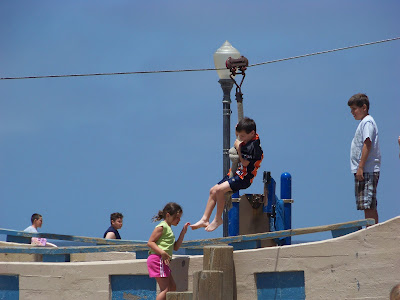 It does look like fun for the boys. I was wondering what a zip line was...but now I know.

The boys sure has the right mom when it comes to seeking out something fun for them. I'm afraid I would be worried about them being in an accident on their bike...even with helmets oon.

Have a great summer.

You are such a cool mom!!!! That was such a cool picture of the zip line and the ocean. Bryant thinks it is cool that you live on the Pacific and we live on the Atlantic.....everything except the distance in between!!!!!