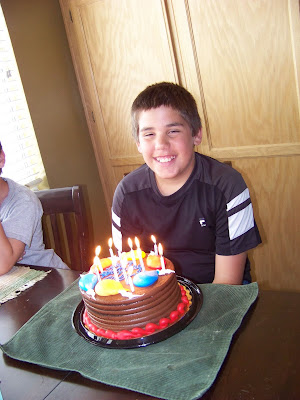 July 21st was Wesley's birthday. When he woke up yesterday, I told him, "Happy Birthday!", and I informed him that he was entering his last year as an official kid. After this, he will be a teen or an adult. He just smirked :)

Gary and I had been scheming to try to keep a surprise from the kids. We bought mountain bikes for Wesley and Gary. We gave Wesley his bike for his birthday. We also re-did Wesley's old bike and wanted to let Andrew use that for riding. They have plans of riding through many of the mountain trails that they hiked last summer. 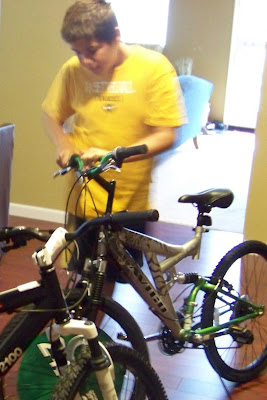 We also spent some of the day at one of Wesley's favorite spots: Sky High Sports. We had been there earlier in the summer, but we wanted to revisit. Wesley and Andrew dominated the dodge ball pit! 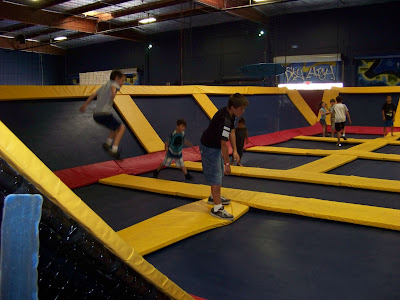 Nothing like a big jump into a pit of foam!!! Sounds like fun no matter how old you are :) 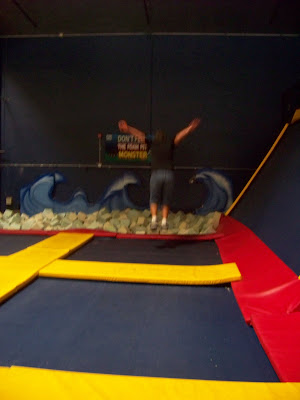 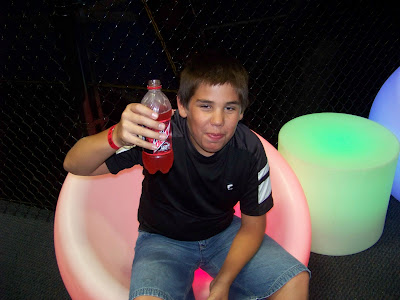