Today was the first day of the season for Wesley and Andrew and the Ventura Buccaneers. They have been practicing 5-6 days a week for 6 weeks now, and they have had several scrimmages, and we were all quite excited about the big day.

Andrew's game was first. It was a home game, which is at Ventura College---a place I have grown to love. He was very excited and played well. He made the first tackle of the season! Even though the other team scored on their first possession, and I feared it might be a very long day, Andrew's team came back to win 22 to 18. 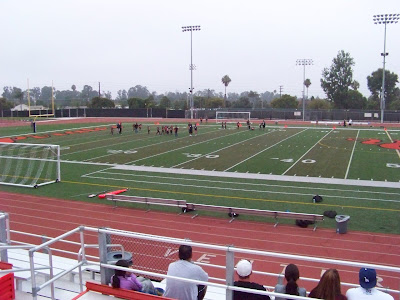 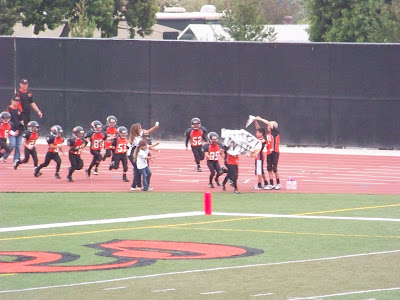 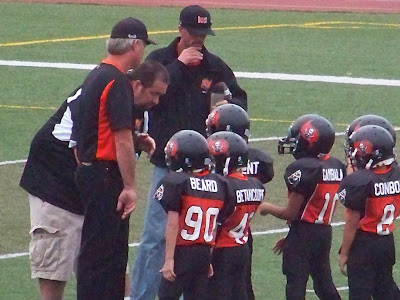 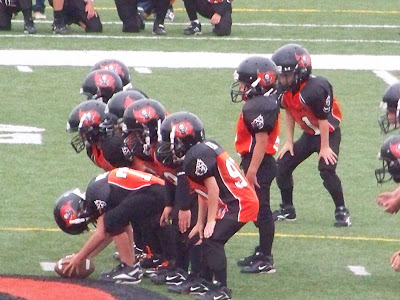 After Andrew's game, we headed out to Wesley's game, about 1/2 hour away. Wesley was equally excited. Good news first: Wesley's team won their first game also. Bad news: Wesley broke his leg during the second quarter. He was doing a great job "on the line," and we were excited to see some of his moves. However, after one particular play, I couldn't find him. A few minutes later, he came hobbling off the field. He was a true team player and hung around and supported his team as they went on to win. After the game, one of the coaches looked more closely and said we should probably take him to the ER. Five hours later, he came out with a splint. His cast will be placed on Monday. I am glad we got some good pictures of his game. His season lasts just 8 more weeks, and Wesley's doctor said he would be in a cast for 6-8 weeks. I asked him as we pulled out of the hospital, "Did you have fun, Wesley?" He looked at me and smiled, "Yeah, it was alot of fun until I got hurt." 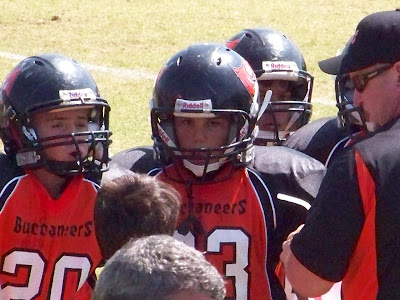 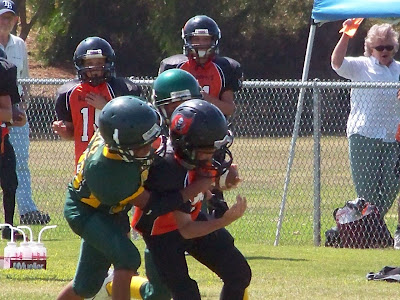 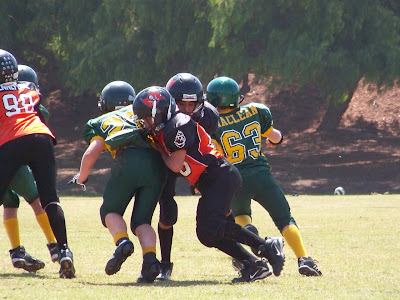 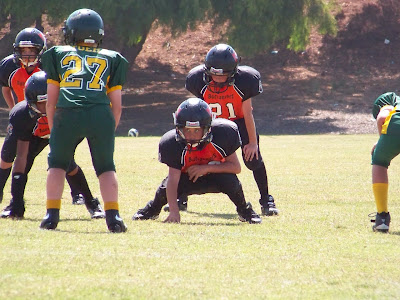 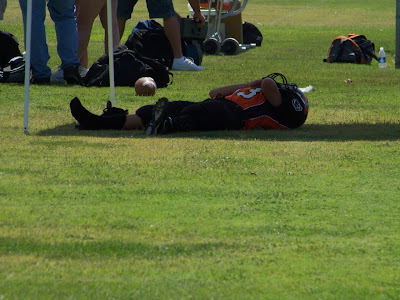 The dismal end of the season for one Ventura Buccaneer!
Posted by The Beard Bunch at 8:36 PM

I hope his leg heals really quick!! Having three boys, I am so often surprised this does not happen more often! Josh's team won their football game today too! I posted pictures on facebook. I always love reading your blog Michelle. I have it bookmarked and check it every week.

Awwwww! I am so sad that Wesley broke his ankle. You did get some awesome pictures, though! I'll have to send Wesley some vitamins to help him get stronger!! Gramma

Wow! Both teams winning! Congratulations to both teams!

Sorry to hear about Wesley. Will he still attend the games and cheer his team on?

I also love the photos!

I forgot to tell Wesley that he now has something in common with Urlacker for the Chicago Bears.

He is out for the season with a broken wrist.

Oh MY WORD!!!!! TACKLE FOOTBALL, Michelle! I am SO not showing this to Bryant....he wants to play football so badly and I know he will be a maniac like his dad. :) I have to admit, they DO look good!!! Tell Wesley we have prayed for him and hope heals quickly!