Today was opening day of our church's Upwards basketball season. Andrew's team won 34-12, and Andrew was responsible for 7 of those baskets. In fact, when he first came out, he made his first 5 shots. He won the "offensive player" of the game award. 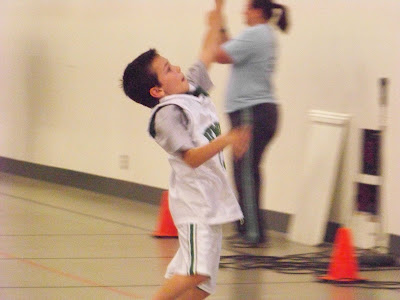 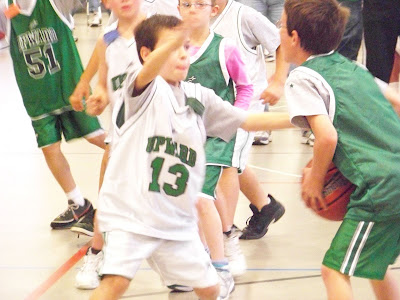 It was also Gary's coaching debut, as he is coaching Wesley's 5th and 6th grade team. The coaching continued on the sidelines, as Wesley sat out for a time. 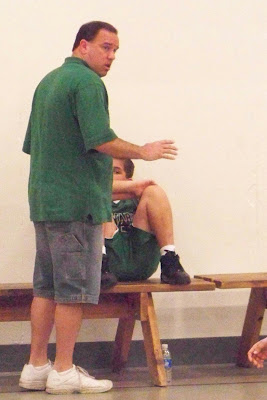 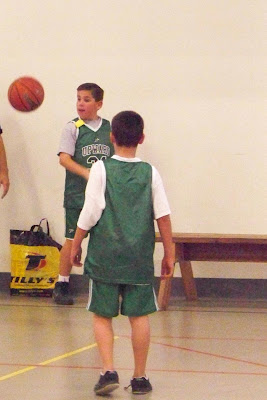 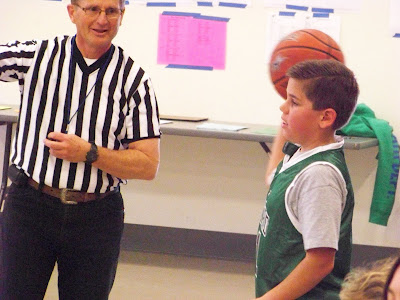 Wesley's team also won their first game 18-12. Wesley made one of the baskets for his team. Overall, it was a fun day and the boys really gave 100%. It was good to see our gym filled with many new players and parents.
Posted by The Beard Bunch at 3:51 PM

Love your pictures! It looks like such fun! Oh, the many days we sat on bleachers:)Great job to both (uh, I mean all three of) the boys. Love, Gramma

Congratulates to both teams for winning!!

I don't know if you are getting any of my comments. I noticed that none were posted for the Christmas post.

So I hope this one goes through.