Wesley had an appointment today to get things checked out with his broken ankle. It has been three weeks since the break. He and Gary made a morning of it and went out to IHOP and then proceeded to the doctor's office. Wesley did get his cast removed. It was an interesting process, as he explained it to me :) The x-ray showed good improvement, so he is now able to wear a boot. He is still reliant upon his crutches, but he is able to remove the boot for sleeping and bathing.

I have heard people's horror stories about casts and the itching and the stinking. So, it is nice to have a protective wear that can be removed when he is sitting. We were also happy to see that his leg did not have any bruises. When the cast was put on, his leg was badly bruised, but he has healed rather nicely.

Thanks for the cards, comments, and prayers. He is doing great! 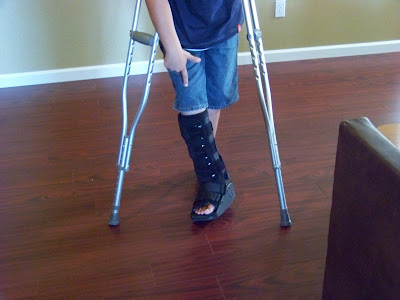 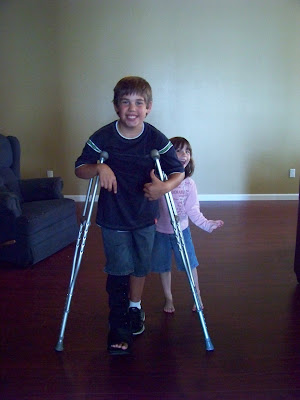 Looking Good!! His has a beautiful smile!!